The crash took place Monday afternoon as an SUV driver by a 17-year-old boy was traveling with excessive speed in the left lane of Lee Boulevard heading east, approaching the intersection with Olympia Point Boulevard.

Also riding in the SUV driven by the 17-year-old, was a 15-year-old male passenger.

As the SUV traveled toward the intersection, a Lee County School bus driven by a 53-year-old man from Lehigh Acres was on Olympia Point Boulevard preparing to make a left turn onto eastbound Lee Blvd.

At 2:30:00 PM, the driver of the school bus attempted to turn left from Olympia Point Blvd., onto eastbound Lee Blvd, and drove into the path of the oncoming sport utility vehicle with the two teenagers.

The front left side of the SUV collided with right front of the School Bus, the collision was hard enough to rotate the school bus before the bus came to a stop in the median, with severe damage to the right front of the vehicle.

The force of the crash caused the SUV to overturn, before coming to a  stop in the eastbound lanes of Lee Boulevard.

While the 17-year-old driver of the SUV had been wearing a seatbelt during the crash and suffered only minor injuries, his 15-year-old passenger was not.

The 15-year-old boy was seriously injured in the accident and both occupants were taken to Lee Memorial Hospital for medical treatment.

The school bus had been transporting 10 students at the time of the accident, and no injuries were reported, however, all of the students were evacuated at the scene of the crash by EMS. 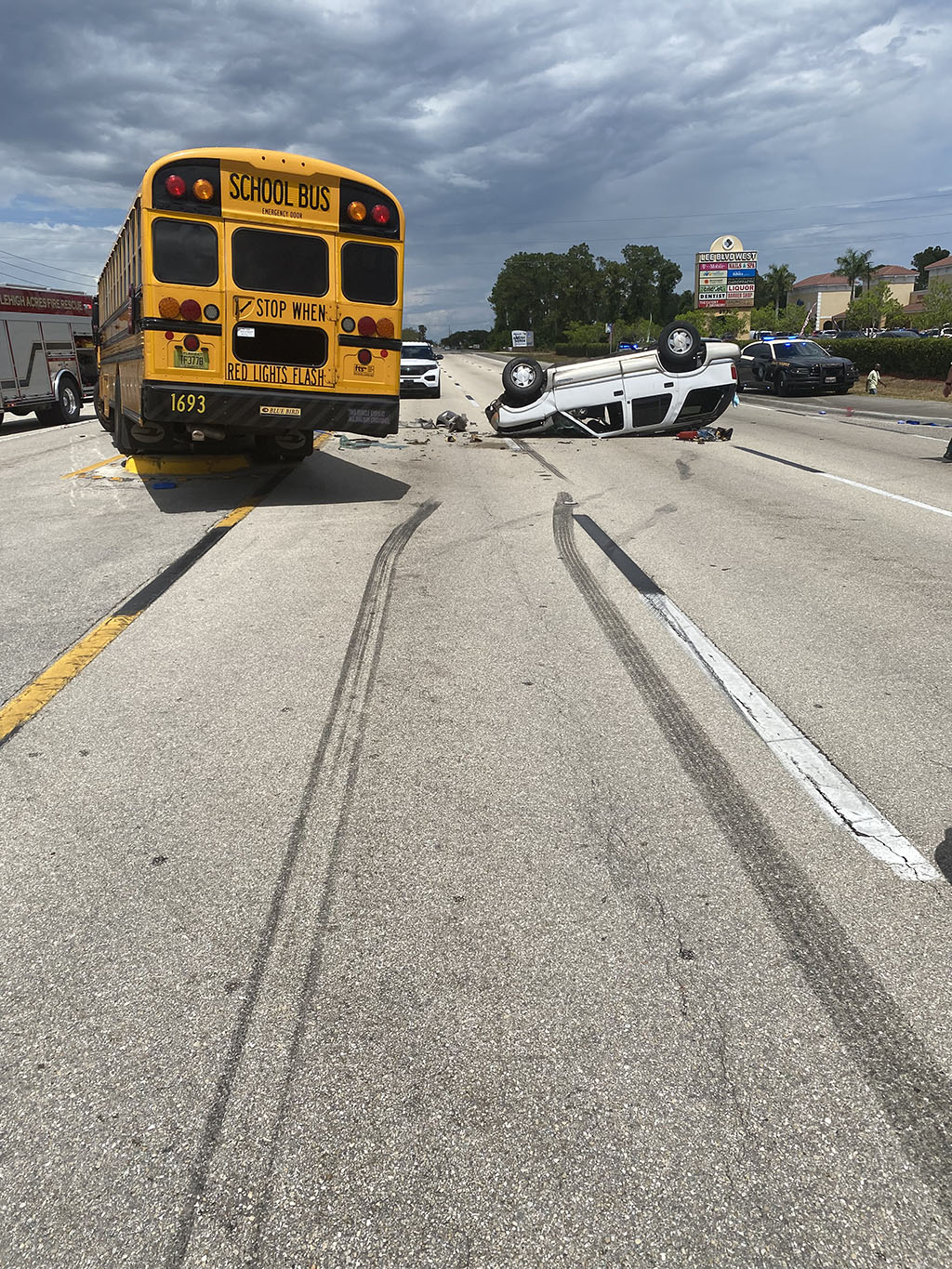 When Do You Need An Attorney? What Will They Do For You?