The crash occurred  as a 31 year old woman was driving a Honda sedan with a 7 year old passenger and a pet dog, traveling southbound on US 41 toward a red light at the intersection Pondella Road.

As the Honda sedan approached the intersection a pick up truck driven by a 60 year old man from North Fort Myers with a 38 year old passenger was traveling west on Pondella Road at a green light across the intersection with US 41.

At 7:53:00 PM, the woman in the Honda sedan failed to stop for the red light and traveled into the intersection  and was struck in the left side by the front of the pick up truck at speed.

After the initial collision, both the sedan and the pickup traveled southwest across the intersection and crashed with the Honda sedan that was stopped in the left turn-lane of Pondella Road. 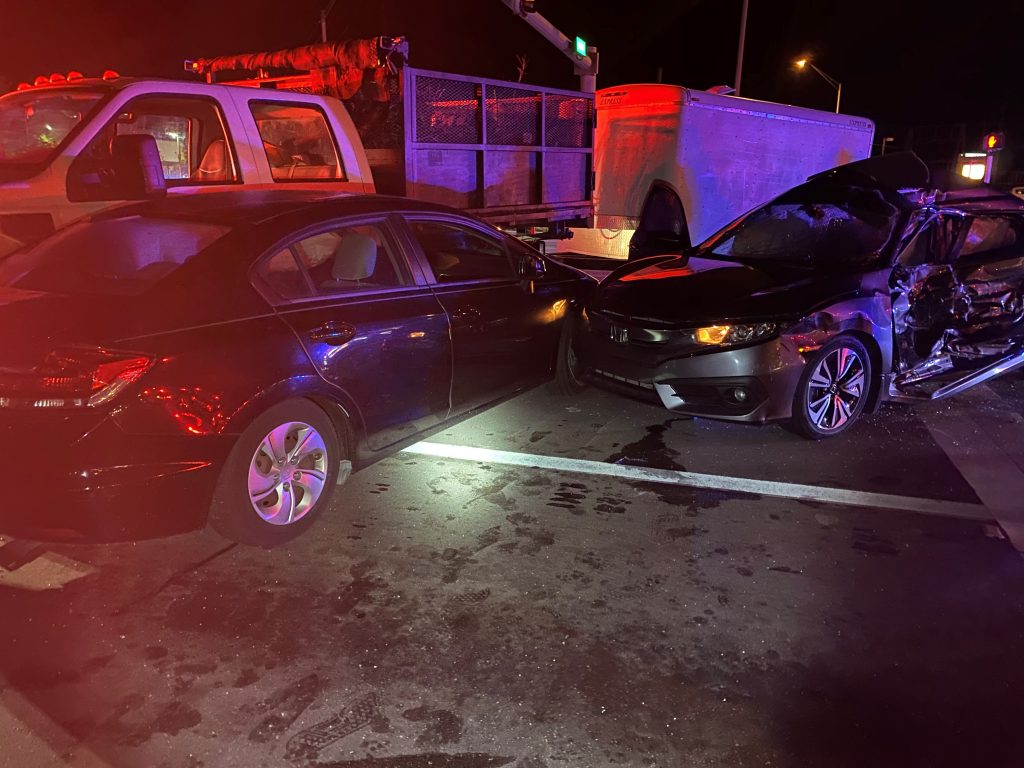 During the crash, both the 31 year old woman and the 7 year old boy in the Honda sedan that ran the light wear critically injured. The dog that was also a passenger in the car was seriously injured in the accident.

Remarkably, neither the driver of the pickup truck or the passenger were injured in the crash.

The 24 year old driver of the Honda sedan that was lawfully stopped at the intersection suffered minor injuries in the car crash.

FHP has stated the accident remains under investigation.