UPDATE: The driver of the Kia Sorento has been identified as Beverly Laidlaw. Laidlaw, who was in critical condition after the crash later succumbed to her injuries and passed away on August 7th while receiving treatment at Sarasota Memorial Hospital.

The accident happened as a 71 year old woman from Sarasota was stopped on the eastbound lanes of Fruitville Road in a 2015 Kia Sorento SUV waiting for the stoplight at the intersection with Coburn Rd.

Six others were also stopped in the lane also waiting for the traffic signal at Coburn road.

As the drivers waited for the traffic signal to turn green, a beverage delivery truck was approaching the intersection from behind.

The oncoming truck, a 2005 International converted cab, was being driven by 33 year old Gregory T. Werner JR from Nokomis Florida.

How The Crash Unfolded


At approximately 3:15pm Werner failed to stop for the traffic signal crashed into the back of the Kia Sorento SUV at speed. 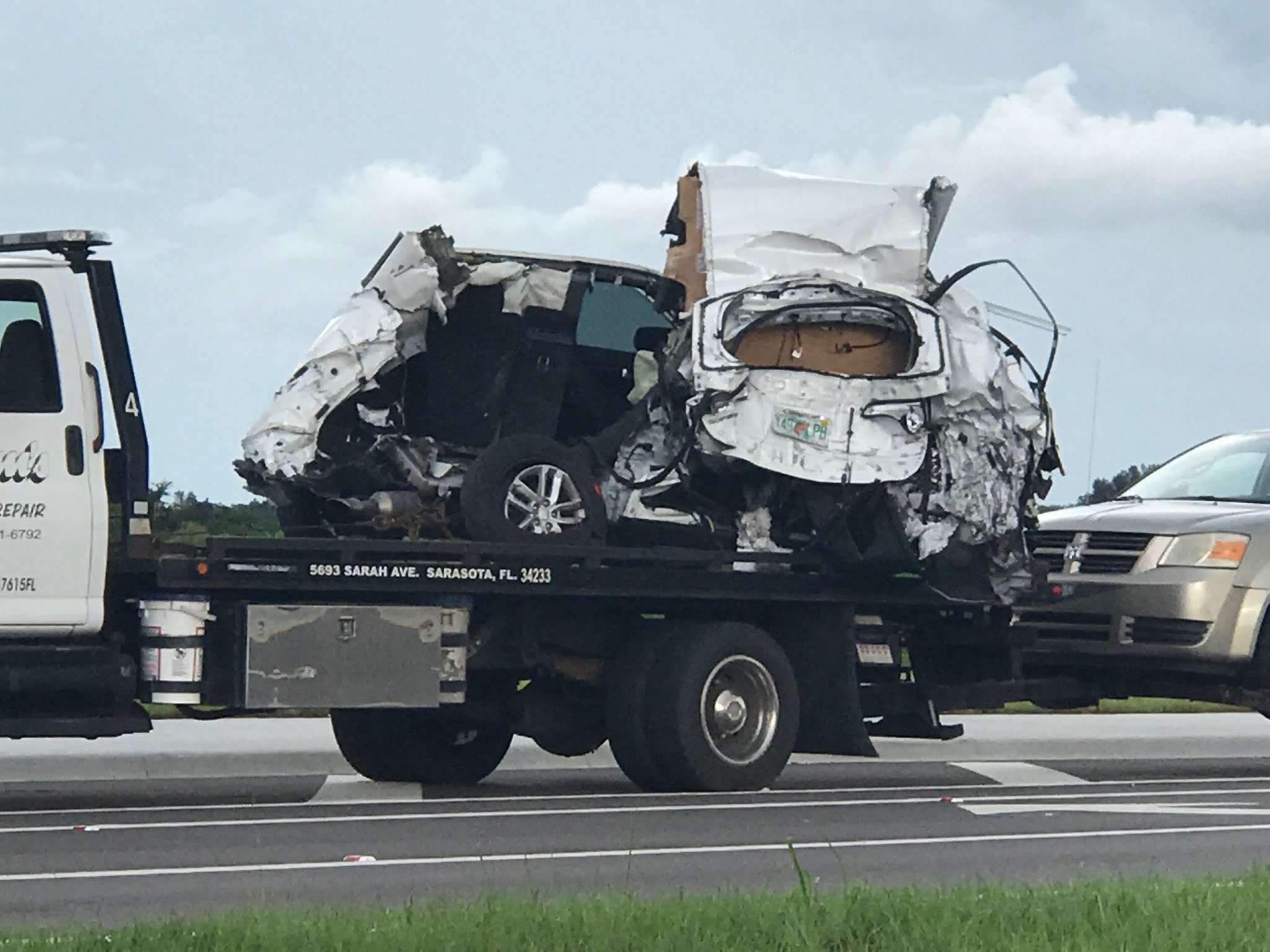 After the collision with the Kia, the delivery truck rotated and the right-front of the truck crashed into the left  side of the Volkswagen Jetta driven by April Malloy.

After being hit by the truck the Volkswagen  spun and came to a stop on the southern shoulder of Fruitville facing east.

The heavy International truck continued to rotate after the second crash and collided with the right side of the Toyota Tundra pickup truck.

With the cab of the truck rotated to the side the trailer continued on more and collided with the rear of the Toyota Camry sedan.

After the initial impact of the truck the Kia Sorrento SUV was spun clockwise and it crashed into the rear of the 2011 Toyota Tundra driven by Kropf, where it finally came to a stop up against the pickup truck facing south.

The Toyota Tundra finally came to a stop against the International truck facing south.

After being hit by the trailer, the Toyota Camry, the sedan rotated and the front of the car crashed into the rear of the 2009 Chrysler PT Cruiser. The Chrysler cross-over was in-turn pushed forward and rotated crashing into the rear of the Dodge Caravan mini-van where it came to a stop facing north.

After being hit by the PT Cruiser the Dodge Caravan was pushed forward where is crashed into the rear of the Dodge Ram pick-up truck came to a stop facing east.

The Dodge Ram Pickup ended up on the median where it came to a stop also facing east.

Multiple people were injured during the crash including, the as of yet unidentified 71 year old driver of the Kia SUV who was in critical condition.

Gregory T. Werner, the driver of the truck was seriously injured during the crash.

Motorist Daniel Kropf was not injured in the accident.

All of the injured were transported to Sarasota Memorial Hospital for treatment.

FHP has stated that the accident remains under investigation and that charges are pending. 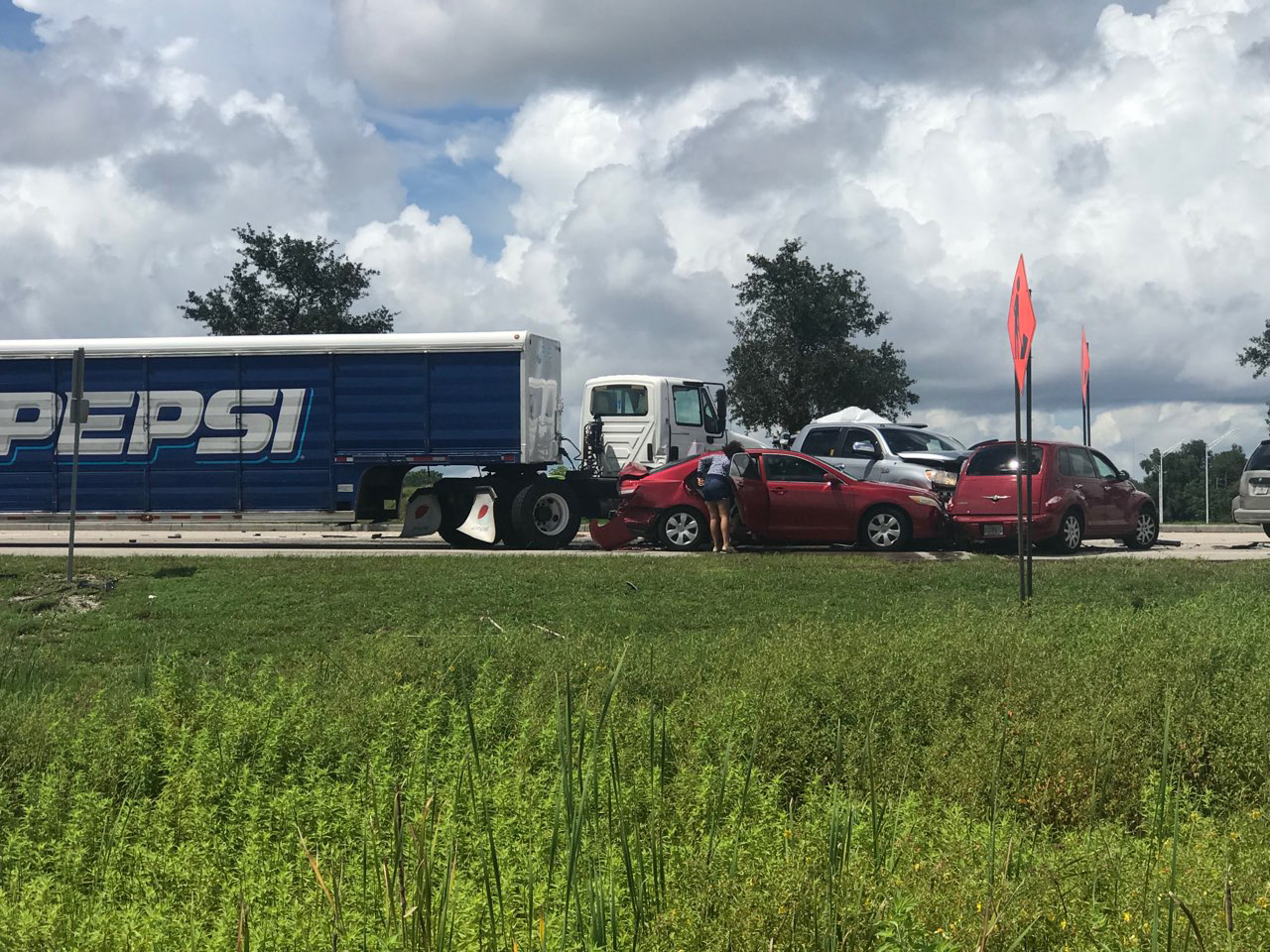 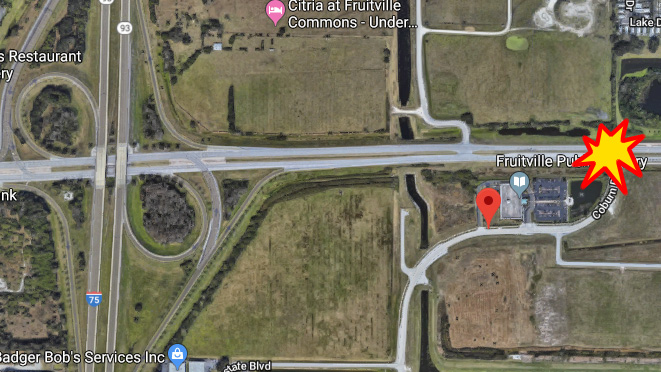 Two Motorcyclists Died In Crash At US 41 / US 19 Interchange

Bradenton Pedestrian Dies From Injuries After Car Strike On US 41