The passing of a loved one is always difficult to manage, even though this is a fact of life that every family must someday face. However, some losses are easier to bear, while others are extremely challenging to confront. A family member is already very old, suffering from the infirmities of age, and quietly passing among family and friends is one where everyone has more time and preparation to fully deal with the experience and move on to the healing process.


But the loss of someone before their time, especially if it’s an avoidable death that happened due to the carelessness of someone else, can be traumatic. Added onto this emotional struggle is the same requirement that comes with an expected loss that is moving ahead with the needs of probate law, only now it is combined with the possibility of a wrongful death lawsuit.

But what is probate law, and how does the equation change when wrongful death becomes a part of it?

Probate is the process in which the will of someone deceased is verified, processed, and ultimately carried out according to the wishes defined by the deceased, usually in a will. The probate process is traditionally intended to carry out wills, but it can also act for other important functions. If, for example, someone has passed away without having written and confirmed a will, the probate process then becomes one of deciding how the existing assets will be managed, and who will be the recipients, since the deceased left behind no explicit instructions.

In other instances, probate law is about determining legitimacy. Wills, especially for those with considerable assets, can sometimes be contested, especially if there were recent changes made just before death occurred. In some cases, different parties named in a will―or even excised from it―will protest the current incarnation of a will, sometimes even questioning the validity of the latest version.

What Is Wrongful Death?

As the name suggests, wrongful death is, in legal terms, a death that did not have to occur, is therefore legally considered “wrong.” This not like murder, which is a criminal act. Wrongful death is about accidental deaths that could have been prevented, had the necessary care or obligation been exercised.

For example, if someone invites a family to their home to enjoy some time in the swimming pool, there’s a certain legal obligation in play for the owners of the home. A swimming pool though apparently harmless, can be an extremely dangerous part of the home, especially for young children who can’t swim. If the owners of the property leave the child of a visiting family completely unattended, and that child should enter the pool and drown to death, that would be considered a wrongful death. The property owners had a legal obligation to supervise children playing in the pool. Their failure to do so makes them legally and financially responsible to the family that lost their child.

The Complications Of Probate

If someone’s passing is suspected to be wrongful death, then it is up to the surviving family members to decide whether to pursue a case in court. Wrongful death, while not a criminal act in and of itself, can sometimes have criminal charges, depending on the act, and severity. Drunk driving offenses are considered criminal acts, so there may be criminal penalties from the state involved, in addition to the civil lawsuit where the family members take the responsible parties to court to sue them.

Because the actions have resulted in wrongful death, the victim cannot go to court to conduct the lawsuit. This is where the probate process must become involved. In executing the wishes of the will, there is now the additional consideration of seeking financial compensation from the wrongful death lawsuit, if the case is won.

Carrying Out The Responsibilities

A representative must be selected to act on behalf of the deceased to deal with lawyers and the wrongful death lawsuit itself in court. This personal representative may be appointed by the court or approved by the court if someone suitable is already selected, such as the executor of the will, or another surviving family member.


This also means that, should the lawsuit be won, it is up to the representative to decide what to do with the newly acquired financial damages. Unless the deceased had some foresight and made specific indications in the will, there is strict legal ruling on how the money from a lawsuit is dispensed. In other words, just because someone was designated in the will to receive a certain amount from existing assets of the deceased, that in no way guarantees a share of the financial damage from a lawsuit that is won.

It’s also important to note that settlements or financial damages incurred from a wrongful death lawsuit have no impact on other financial aspects of probate. Whatever assets are involved in the will, or the payment of life insurance is distinct from wrongful death compensation. This money is usually distributed according to Florida law.


This is why it is important, when seeing the probate process through, to make sure that careful, extra planning and consideration is given for what to do if a wrongful death lawsuit enters into the equation. 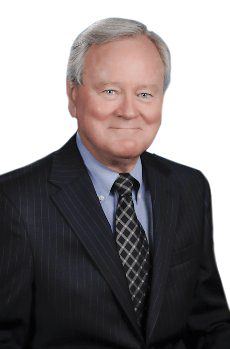 Net Loss Accumulation Is An Important Factor Of Wrongful Death

Your Guide To A Florida Wrongful Death Lawsuit

Who Is Eligible for Compensation Following a Florida Wrongful Death Suit?