Did you know that Florida is a great place to ride a motorcycle? But, of course, you did. After all, you are reading this post and probably live in St. Pete, Venice, or somewhere else nearby. The Sunshine State attracts motorcyclists from here, there, and everywhere. They like to feel the warm sun against their skin and have the wind whip through their hair. Whether a person wants to ride alone and take in the sights or ride with like-minded individuals for a purpose, like fundraising, Florida has them covered.

Being a motorcyclist today can be dangerous, though. There are more tractor-trailers, cars, and other vehicles on the roadways than ever before. All it takes is for one of them to slip up for a rider's life to change forever.

Unfortunately, motorcycle accidents occur much more often than most folks believe.  According to Florida's Department of Highway Safety and Motor Vehicles, there were 8,895 incidents in 2019 alone. They were responsible for 550 fatalities and 2,072 incapacitating injuries.

When a person dies in a motorcycle accident with a negligent driver, their family may have the right to sue for compensation. The same goes for victims that get hurt in the crashes. They must prove the other party was at fault and that their actions caused the event. That can be easier said than done. Therefore, to make everything a bit more manageable, people should do these things following motorcycle crashes.


Even if a motorcyclist does not believe he or she is hurt after a crash, they should still seek medical attention. For one, they may have internal injuries that need to be addressed to save their lives. The care also allows issues to get documented and helps them get linked to the incident. If a person waits too long, it can be harder for them to prove that the event caused their ailments and costs. So, do yourself a favor and seek medical attention sooner rather than later following a motorcycle accident.

Put A Reputable Attorney In Your Corner


Talking to the other side of a lawsuit without representation can turn into a nightmare fast. For example, the defendant's attorney might offer a low-ball settlement that you believe is too good to pass on. Then, later on, you discover the amount wasn't nearly enough. On other occasions, people might trick and set you up, making it harder to get compensation. The point is that a lot of stuff can go wrong when an injured motorcyclist takes on the other side alone. Put a lawyer on your side to prevent mishaps and get you the money you deserve.

Always Be Open And Honest


Lies don't do anything but catch up with people in the end. Some people may be tempted to be dishonest after motorcycle accidents, with the hopes of getting significant settlements. Folks that get caught red-handed probably won't get any money at all. So, be open and honest with your lawyer and everyone else. The action will only prove to be beneficial. 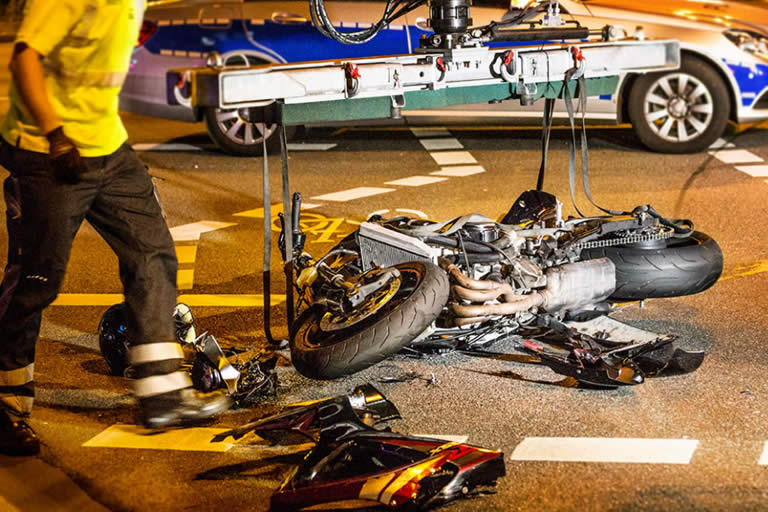 Have You Been Injured In A Motorcycle Accident?